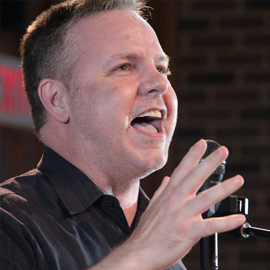 Piano and Voice Lessons located at The Perfect 5th

David M. Glasgow is a Pennsylvania-based pianist, vocalist, composer, actor, and educator. Over the course of his three decades as a professional musician, he has performed, accompanied, and directed classical repertory (including composers such as Josquin and Ockeghem, Mozart and Beethoven, Lauridsen and Whitacre); jazz (Ellington, Hancock, Coltrane, Gillespie); gospel (Smallwood, Franklin); and pop (Mraz, Mars, P!nk, Bareilles). His compositions have been performed in venues from San Diego, California, to Durban, South Africa. As an actor, he has appeared onstage as “Dr. Neville Craven” in Secret Garden, “Billy” in Anything Goes, and the diaper-clad title role of Bat Boy: The Musical. And his credits as theatrical Musical Director include Into the Woods, Pippin, Lucky Stiff, and The Spitfire Grill—along with “two-hat” roles in Godspell (musical director and “Jesus”) and Fun Home (musical director and “Bruce”).

With a Bachelor of Arts in music composition & theory from Dickinson College, a Master of Divinity from Lancaster Theological Seminary, and a passion for continuing education in everything from anatomy and physiology to anti-racism, anti-oppression, multicultural work, David is well-equipped as a music teacher—a job which he often describes, only partly tongue-in-cheek, as “10% technique, 90% therapy.”

With that in mind, David offers his students sound practical wisdom they can use to make music more efficiently and safely. But behind every technical exercise is his singular goal as an artist: to communicate well and powerfully through music. He often encourages his students using a philosophy attributed to jazz great Charlie Parker: “Master your instrument, master the music, and then forget all that and just play.”

That philosophy has taken him far: he spent a decade teaching in the music department at Dickinson College, was the first Director of Music & Education for the Alsedek Theatre School after the retirement of its founder, Anne Alsedek, and remains a sought-after instructor and presenter at national music and worship arts events.

By day—at least, the earlier parts of it— David serves the Unitarian Universalist Association as co-chair of Good Offices for the Association for UU Music Ministries and music director for the UUs of the Cumberland Valley . He and his husband Mark share a home in Boiling Springs with their four feline “kids”: Tobias, Sophia, Stewart, and Jake.